This is a how-to guide for stovetop distillation. It requires no specialized apparatus and is good enough for all sorts of small-scale distillation projects around the house.

You need a metal pot, a round-bottomed (or close to it) metal bowl which is too large to fit inside the pot, and a Pyrex dish or measuring cup. You also need a supply of ice cubes. One five-pound bag will distill about 2L of vodka on my gas stove.

First, HOW NOT TO SET YOURSELF OR YOUR KITCHEN ON FIRE.

You fill the pot with the liquid to distill. 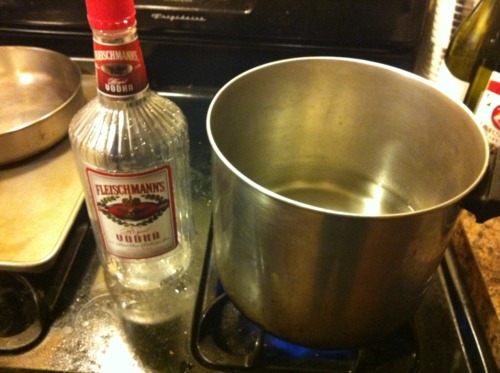 You then place the empty dish in the center of the pot, taking care to keep it empty. 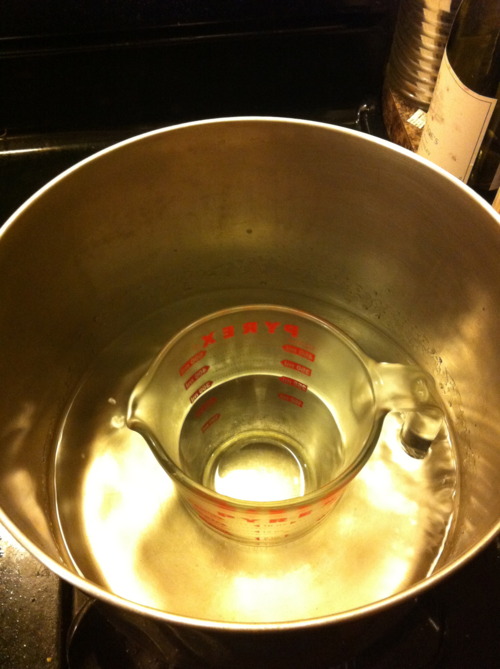 The pot goes on the stove, and the bowl is placed atop the pot 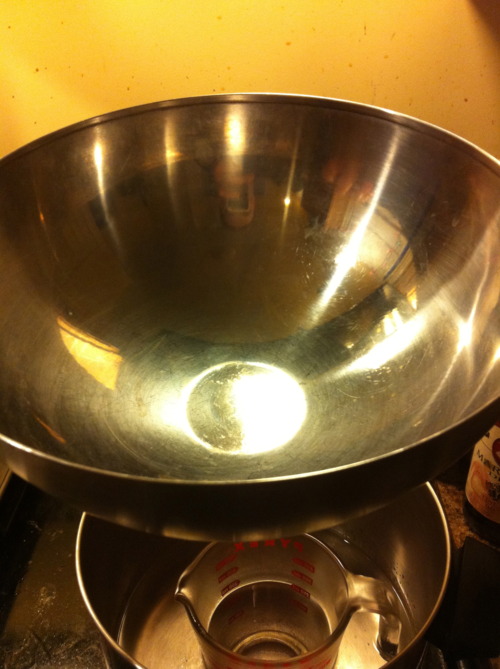 …and filled with ice. 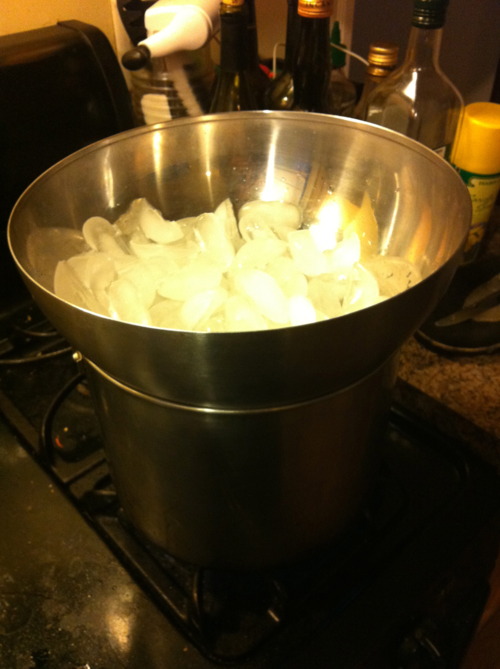 As the pot liquor heats up, different chemicals will boil off at their respective boiling points. These will rise as vapor, condense on the ice-cold metal bowl, and drip down the side of the bowl and into the Pyrex.

Obviously such a simple still cannot produce precise results, but for simple tasks not requiring precision, you can’t beat shit you already have.

If you know the expected amount of alcohol (in my case, 1.75L of 40% ABV vodka = 700mL), then great — you know when to stop. Otherwise, there are cues. If you listen hard, you can hear the bubbling speed up as the alcohol starts to boil, then slow down as the alcohol is boiled off completely, only to speed up again as the water starts to boil. When the alcohol slows down, that’s a good time to stop. 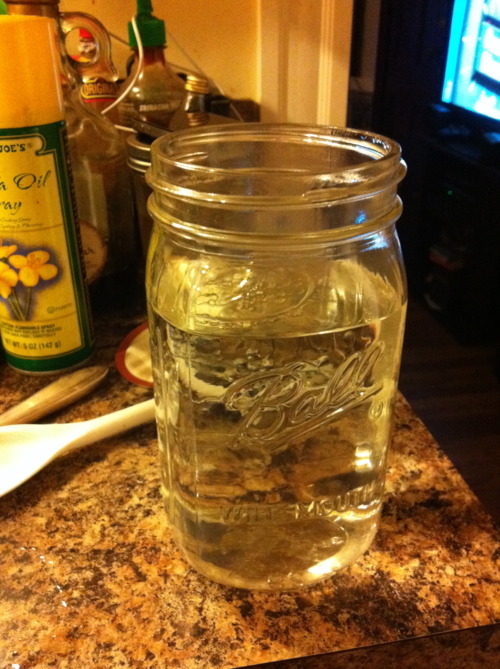 There are many other compounds with boiling points lower than that of the alcohol, which come out first. This is especially true when distilling fermented mash, as opposed to turning crappy vodka into high-proof grain alcohol. The first stuff to boil often contains a few things you don’t want. It’s wise to either discard the first bit of distillate that you collect, or to briefly boil the distillate later. The finished product can also be passed through a charcoal filter (e.g. Brita) for added cleaning.

This kind of still is not very practical for mash distillation, but it works fine for purifying vodka and I imagine it would work just as well for liqueurs. Perhaps I will put an absinthe together in the not-too-distant future.